On August 29th I premiered my film, the Gold Rush dream sequence, at El Barrio’s Artspace in East Harlem.  I had initially planned a much bigger event but cast, crew and a few good friends showed up to celebrate on this rainy Labor Day Friday.  Gold Rush is set in Los Angeles but the dream sequence, which takes place inside of Kendrick Chandler’s mind as he slumbers in Chicago, was filmed in Brooklyn.  I can’t wait to show the film to the public, but that won’t happen for awhile. 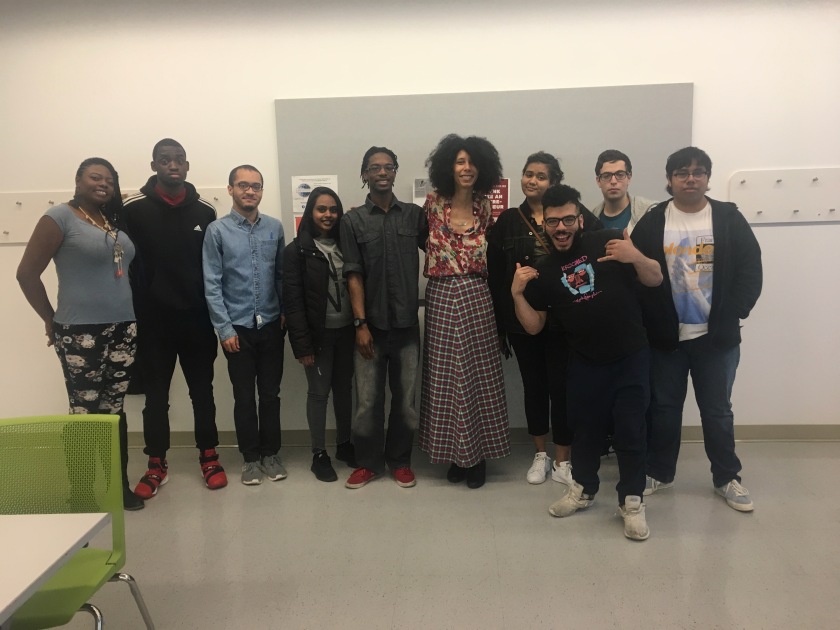 On Wednesday, March 28th, writer and professor Lara Stapleton invited me to talk drama with the Writers Guild– it was a blast!  These students all showed a lot of talent, imagination and insight.  Some of them had experienced life events that would make amazing dramatizations or came from a background that afforded them an unusual perspective, others shared some pretty next-level ideas for more fantasy-based shows.  I hope they get to share some of their stories with the world at large.  I always love talking to young people, and it was a real treat to tell them about Gold Rush!

I was born in the District of Columbia in 1972.  I love cats, horror movies and melodrama in every form.